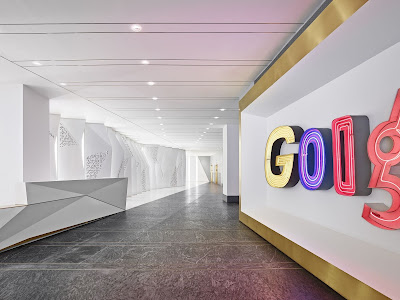 Google's headquarters in Chelsea New York
Photo:  ForbesLife Web site (Courtesy of Google)
New York's five boroughs become an open architectural exhibition the weekend of October 17 - 18.  This is the annual Open House New York Weekend (OHNY) when visitors get an opportunity to enter some of the city's most interesting places that are normally off-limits.  Since 2003, a weekend in October has been packed full of "open houses" with free tours, lectures, talks, programs with some that are kid-friendly. The "open houses" include buildings, interiors and spaces landmarked or significant for their design, engineering, historical or cultural history.  Many are noted for a combination of merits.  New venues become accessible each year.  This year, Google's Chelsea headquarters and LaGuardia Airport's Marine Air Terminal are among first time entries. 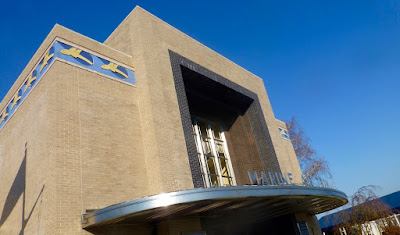 The weekend was started by Open House New York, a not-for-profit organization founded in 2001 to promote awareness of the built environment. The organization is part of Open House Worldwide, an international network of open house events occurring in 30 cities around the globe.  For those who like to look at buildings and explore their surroundings, these weekends are made for them.  Keep in mind, museum or gallery architecture exhibits may be excellent but models, photographs and plans simply can not substitute for the real experience of walking through a space. 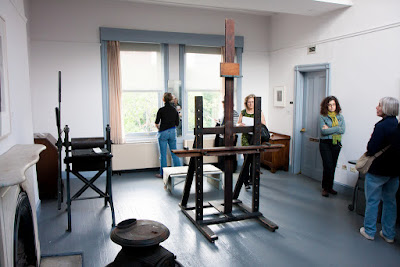 Here in New York, there will be enough on view to satisfy anyone's interests.  Past weekends have included some 300 sites citywide.  Thus, viewers will have to scurry to see all that they want.  Sign-up for the OHNY Weekend mailing list for e-mail updates.  Don't forget to go to OHNY Event Guide page to download your OHNY Weekend Event Guide available on October 6. 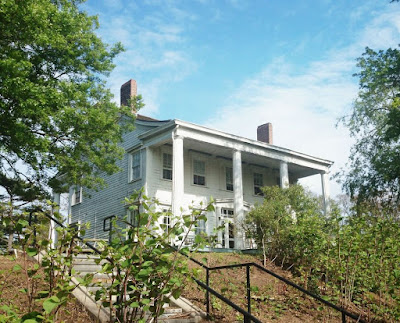 OHNY New York Weekend is just one of the highlights of Archtober, a month-long festival showcasing architecture and design.  In its fifth year, the festival's popular talks and lectures get booked up quickly. Check out the Archtober Calendar soon.  Please note, unlike OHNY New York Weekend,  numerous Archtober's events require a pre-registration and a fee.

Posted by ArtWithHillary at 4:41 PM