Yoko Ono and the Vanitas Theme 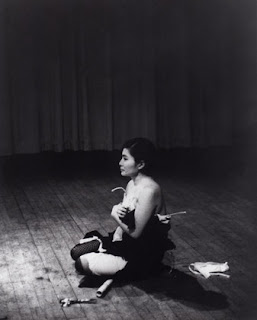 Give Yoko Ono a chance.  Do not miss the exhibition Yoko Ono: One Woman Show, 1960–1971 at the Museum of Modern Art (MoMA).   This art enthusiast and reviewer considers Yoko Ono the most underrated of female artists around.  Profound and way ahead of her time, Ono's talents are abundant.  Moreover, she is fun.

The MoMA show covers Ono's films, texts, performances, music and more.  The exhibit begins with one of her first two films:  Match Piece (or No. 1). *  Eyeblink, the other early film, appears in a nearby gallery. 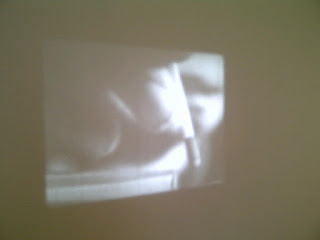 In 1966 Ono was experimenting with a high speed camera which shot two thousand frames per second as opposed to the twenty-four frames per second of a standard camera.  She filmed the lighting of a match and an eye blink in slow motion which produced images that appear almost motionless.

The quickly burning ignited match references the briefness of our existence and the impermanence of material things - the vanitas theme. This theme** would occupy Ono throughout her career.  See the exhibit.

* *For more on the vanitas theme see ArtWithHillary June and July 2015.