If You Can't Get There, 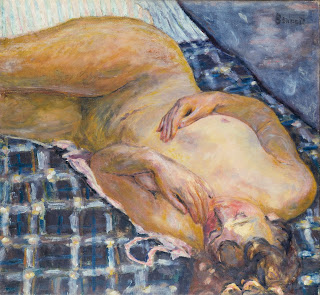 
Early in January German friends e-mailed me about an exhibition, Matisse Bonnard "Long Live Painting" at the Städel Museum in Frankfurt am Main, Germany.  The show, on view from September 13, 2017 to January 14, 2018, explored the personal and artistic relationship between Bonnard and Matisse during their more than forty-year-friendship.  Since a visit to Frankfurt was not feasible, I went to the Städel Museum Web site which is in both German and English.  All the exhibit's information was on the site. 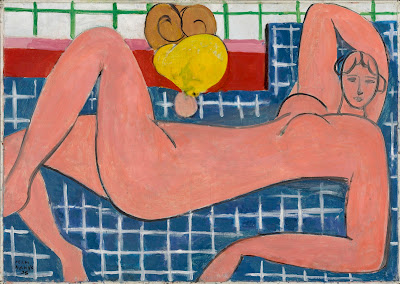 Indeed, the museum's online text and illustrations were informative.

The exhibit was  organized by thematic subjects such as the artist studio, bath scenes and the painter's model.  It evinced artistic influences, similarities and differences as well as documenting an intimate friendship that many may not be aware of.  In doing so,  the curators presented a cogent argument that Matisse as he is known would not be Matisse without Bonnard and Bonnard would not be Bonnard without Matisse.  A striking point is the suggestion that Matisse's 1935 painting Large Reclining Nude from the Cone Collection in the Baltimore Museum of Art was likely inspired by the much earlier Bonnard, the ca. 1909 Reclining Nude Against a White and Blue Plaid from the Städel's own collection.

Bonnard's painting portrays his lover and later wife Marthe. Suspended between the background's abstraction and the nude's naturalism, the complex painting disorients.  The artist kept this painting with him his whole life and Matisse is likely to have been familiar with it.  Matisse's oil depicts his model and assistant Lydia Delectorskaya.  A pivitol work of modern art, it marks the artist's passage into his later abstract style of flat, simplified geometric forms.

The Städel Museum's "Digitorial," as the museum calls its exhibition Web site particulars, gives readers what they need to know.  Archived by years, the material on this and other previous shows are always available.

Much can be learned from an institution's online presence especially if the site is user friendly.  An example is the British Museum.  The information on the museum's current exhibition Living with gods: peoples, places and worlds beyond includes highlights, explanatory text and videos. In addition, a link connects to the excellent radio series that the show is based on. 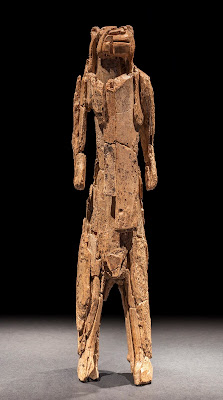 Perusing past exhibitions will surely produce enlightenment.  One of these is the British Museum's exceptional 2013 show Ice Age art: arrival of the modern mind.  Showcased were the world's oldest sculptures and drawings made 40,000 to 10,000 years ago.  They are astounding in their artistry. 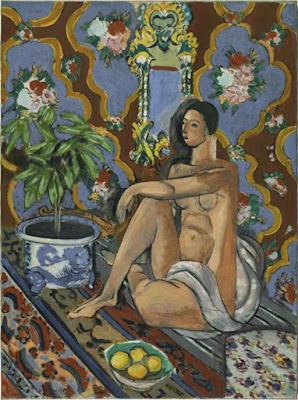 New York's Museum of Modern Art (MoMA) has amazing online research resources (see MoMa Archives).  The digitalization of all exhibitions from the museum's founding was completed in 2016. Catalogues, check lists and more make for fascinating reads.   An illustration is the 1931 Henri Matisse retrospective, the first of the museum's shows devoted to one artist and the most extensive display of Matisse works to take place in the United States at that date.  Some fourteen paintings and sculptures (from a total  of 162 paintings, drawings, prints and sculptures) were from the Cone Collection which did not go to the Baltimore Museum of Art until 1949.

Records can sometimes bring up unexpected connections.  The Flechtheim Gallery in Berlin was another lender to the Matisse show in 1931. The gallery belonged to the very successful art dealer Alfred Flechtheim (1878 - 1937), a German Jew who championed contemporary artists such as Picasso, Braque and Kandinsky.   Flechtheim's gallery had several branches in German cities and in Vienna, Austria.  In 1933, the Nazis took over his business and private collection.  Without money he fled to Paris and eventually ended up in London organizing exhibits of works by exiled German artists.

I hope the above encourages you to visit and explore exhibitions on museums' Web sites.

Posted by ArtWithHillary at 2:36 PM