A Fred and Ginger of the Art World:  Sol LeWitt and Eva Hesse 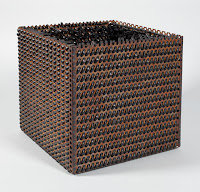 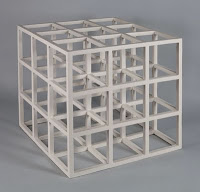 Eva Hesse and Sol LeWitt, a museum-worthy exhibit, is now on view at the Craig F. Starr Gallery. Rather than stressing the artists’ differences, the show highlights their mutual influences especially the impact Hesse had on LeWitt. I can think of no exhibition in the past that has shown the longterm effect Hesse’s art had on the work of LeWitt.

Veronica Roberts, Director of Research for the Sol LeWitt Wall Drawing Catalogue Raisonné and Adjunct Associate Curator of Contemporary Art at the Indianapolis Museum of Art, curated the show and wrote the essay for the exhibition’s catalogue. Roberts has done an inspiring job in the choice of works and their placement which illuminates each artist's achievement in an informal, intimate manner.

LeWitt met Hesse in 1960 and remained friends until her death ten years later. They were part of a group of artists working in lower Manhattan who formed strong bonds while creating new stylistic movements.

LeWitt had much confidence in Hesse's abilities while she suffered with insecurities and anxieties. The exhibition includes a reproduction of a letter LeWitt wrote to Hesse in 1965 when she was in Germany for a fourteen month residency with her husband Tom Doyle. He urged her to “DO” her art and offered strong support and insight into her struggles. He wrote, “Well, you know I admire your work greatly and can’t understand why you are so bothered by it.” LeWitt continued, ”You also must believe in your ability.”  Further he encouraged, “You have at your power the ability to do anything.” Such was his friendship and caring.

Hesse took the minimalist ideas further and evolved what is referred to as a post-minimalism style. The austere, modular, geometric forms of such artists as LeWitt were transformed into something personal and anti-form.   Her work was sensual, erotically charged with illusions to the human body.  LeWitt responded. The teacher/mentor was taught by the pupil. His artwork changed. 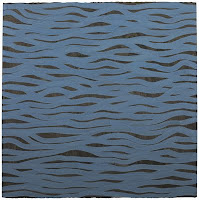 To paraphrase what is often said of the Fred Astaire and Ginger Rogers partnership, one can say LeWitt gave Hesse classic structure and she gave him sexuality. Frank Gehry understood such relationships when he designed the Fred and Ginger building in Prague. 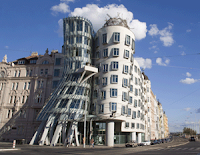 Posted by ArtWithHillary at 12:02 PM