Matisse and the Antique 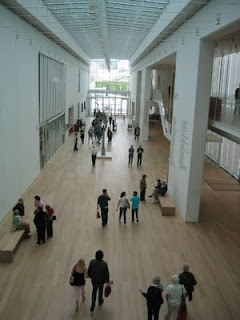 Matisse looked at and thought about classical art. He created works based on antique precedents. The results were radical. I was particularly struck by this on a recent visit to the Art Institute of Chicago's splendid new Modern Wing.

In a third floor gallery are two Matisse bronze statuettes exhibited in a glass vitrine: Thorn Extractor and Woman Leaning on Her Hands. The Thorn Extractor depicts a figure in a startling version of the Spinario pose, a motif representing a seated youth removing a thorn from the sole of his foot. The term Spinario is from the Italian noun spina meaning thorn. I wrote about the Spinario figure in my last blog, “Andrea Riccio Lamp – New to The Metropolitan Museum of Art”, Monday, September 21, 2009. 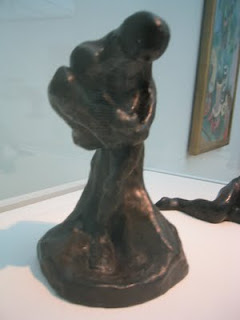 Matisse’s Thorn Extractor is bent over in concentration. The balance and repose of its ancestors are gone as well as the openness of limbs. Matisse’s Extractor is crunched up and awkward. His muscular left leg is straight, flush against the back support; his right leg is drawn up so that its knee almost reaches his right shoulder. It is a strong, dynamic formation with surface facets that animate the bronze as they catch light. 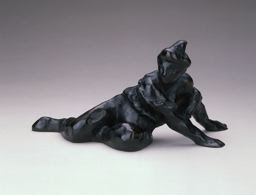 Adjacent is the artist’s Woman Leaning on Her Hands. The figure rises from the floor with outstretched arms. Her horizontal extension contrasts with the Thorn Extractor’s essentially vertical axis. 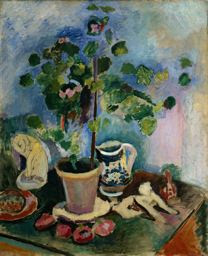 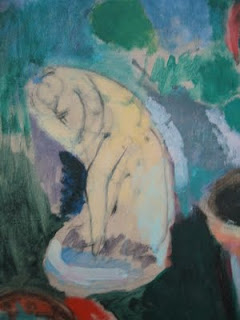 On a nearby wall hangs an early Matisse still-life, The Geranium. Here the painter has included his own sculptures – specifically the two bronze statuettes on view in the glass showcase. The image bursts with light, color and life. Dated 1906, its unconventional nature astonishes. 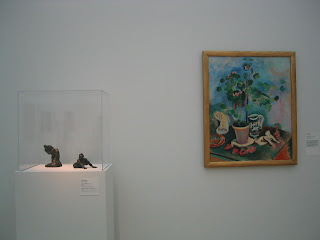 This is a wonderful gem of museum installation. Matisse’s original sculptural figures are exhibited next to the artist’s painting in which they are portrayed. All three works were created about the same time. The Thorn Extractor is dated the same year as the painting; the Woman Leaning on Her Hands a year earlier.

The Museum acquired the painting in 1932. The statuettes arrived decades later: the Woman in 1992 and the Thorn Extractor in 2008. The Extractor came as a gift from the Ruth Stanton Family Foundation. I’d like to think that some astute person or persons from this Foundation recognized and seized the fortunate opportunity to complete this painting/bronze statuette juxtaposition – a happy circumstance.

Matisse and the Spinario also reminds us that art talks about art as it redefines and builds on the past. You will recognize more of this as your visual vocabulary increases. Continue to look. The enrichment is there for the seeing.
Posted by ArtWithHillary at 6:59 AM