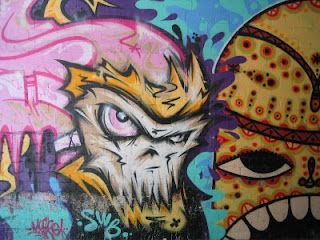 
Melena Ryzik points out street art may have more appeal overseas than in the United States, “Where Louis XIV Meets Crash and Blade,” The New York Times, Saturday, May 30, 2009, The Arts section.


I was reminded about this on a recent trip to Melbourne, Australia. The Melbourne City Council had approved street art locations throughout the city that showcase what we American’s call graffiti art. Aerosol and stencil based mural artworks enliven the Melbourne laneways, small city streets, dead ends and narrow alleyways between main thoroughfares. I had visited three designated locations and was delighted with what I found. 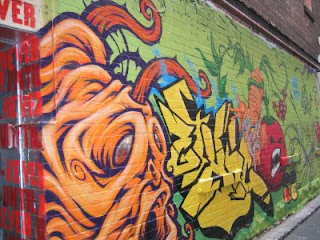 I enjoy good graffiti or street art yet do not want to see New York City turn into the graffiti covered mess of the seventies. Possibly we can take a cue from Melbourne by designating or registering some alleyways and streets for a street art permit program. This process enriches Melbourne and could animate New York City as well. 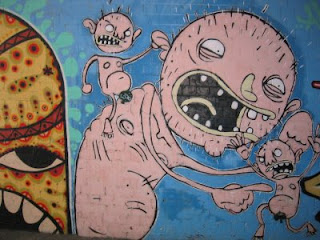 Getting back to the story of Melbourne and graffiti, in late 2003 the city of Melbourne issued a graffiti strategy report and took a civilized approach to graffiti management. They defined illegal graffiti types as (1) tagging that is words or numbers that are the signature of graffiti writers, (2) political or social comment, (3) graffiti art which is illustrations in graffiti style, (4) stenciling – templates sprayed on a wall. Street art was identified as artistic pieces placed in locations that were registered legal sites with street art permits. 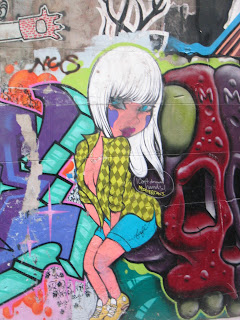 With graffiti on my mind, I went to see the art exhibit “Whole In The Wall: 1970 - Now”. I thought much of what I saw should be seen outside. Think about it. Street art is one of the most democratic art forms available. It is free to all and should remain easily accessible. Seeing chunks of walls installed in sterile galleries on sale for six figure sums seems to me like seeing caged animals. It is as if the art screams for the outdoors and space. Perhaps as collectables, these works may be documented in situ and sold in limited multiple editions similar to the way in which performance art projects are preserved and sold.

As for exhibit, there are paintings that cry out for attention. Their cocky boldness, quick rhythms and bright colors look like they are still competing with the noise and activity of city life. Surprisingly, it was the relatively small, unobtrusive photographs in the show that grabbed my attention. I was particularly taken with the work of Jamel Shabaz, Silvio Magaglio, Henry Chaltant and Martha Cooper’s archival ink jet images. All capture well the time of their creation but are more than historical documentation. They attest to the talents of these artists and are right up there in impact with the street art many reproduce. 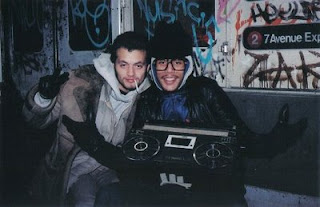 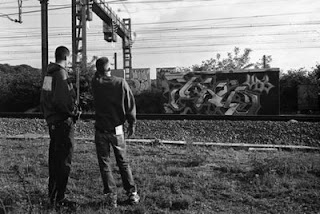 This large exhibit makes clear that the street art produced today for gallery sale is not the same as what was made years ago for the streets. The show also makes you aware of how artists with different nationalities took America’s graffiti movement and turned it into art that somehow manages to impart a particular national flavor. Finally, it attests to the fact that this now global art form is alive and well.

By the way, if you are ever in Melbourne, obtain a list of the current city street art locations from the Melbourne Visitor Centre’s Arts & Culture information brochure or visit www.thatsmelbourne.com.au and search for street art.