What If? The Life And Work of Fritz Ascher Part II 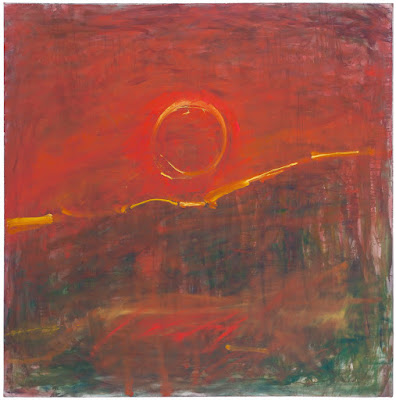 This is Part II of the blog post on the exhibition Fritz Ascher: Expressionist at New York University's Grey Art Gallery.  Please see ArtWithHillary, February 2019 for Part I.

From 1942 until the end of the war in 1945, Fritz Ascher (1893 - 1970) was hidden from the Nazis by Martha Grassman (1881 - 1971).  Her home was in Grunewald, a famous forest area of Berlin noted for its pine and oak trees.  In the late nineteenth century, Grunewald became an upper class enclave of mansions.  The houses were separated from one another by large plots of land.  Thus, when the Nazis took over some of the villas during the war, nearby homes were concealed by heavy forestation which accounts for one reason Ascher remained undiscovered. 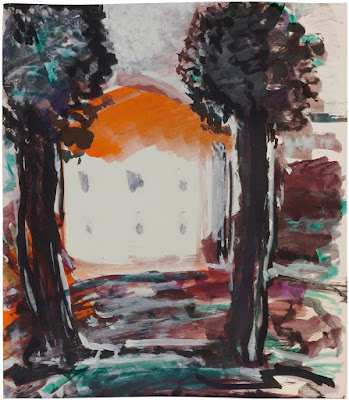 Berlin was heavily bombed in 1945.  On April 25, 1945, three days before the Americans liberated Berlin, air raids destroyed most of Ascher's artwork left with friends.

Edward Munch
Dream has often touched
your Being.
As dusking and dawning
Of what comes to pass.
As beautiful gracefulness of a Stillness, in which it glimmers, Yet disappears.
In which you linger, Sunken down you push on, trust and distant things
are reconciled.
(Poems Vol. 4, p. 150 (157), no. 213)

In hiding Ascher could not paint or draw.  He turned to writing poetry.  A typescript selection of thirty-one of his poems, in German and English translation, is available to visitors near the video display. Ascher's subjects range from salutations to his artistic heroes like Beethoven or Munch (see above), thoughts on loved ones and nature. They reveal an extraordinary spirit which finds joy and wonder in the world.

Song of Love
Love flowers,
extending and eternal.
Always I feel
myself excited
by all the changes
by all the paths,
always
I feel myself aglow with passion.

Now in his fifties, his post-war life narrowed.  No longer the socially expansive being of his youth, Ascher remained in his studio nearly a recluse. He took long walks in the nearby Grunewald forest alone or with his girlfriend, who lived across the street.  Friendly but never seeking to widen his personal or artistic contacts, he worked. 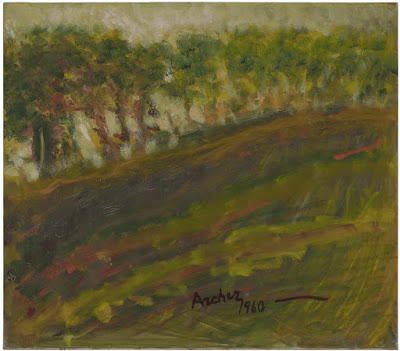 He was not interested in exhibiting, selling or teaching art, turning down a teaching appointment at the Art Academy in Berlin.  He had a successful show in 1946 and one in 1947.  After that, it was not until 1969 that the famous art dealer Rudolph Springer  persuaded him to exhibit twenty-one paintings at his gallery.

After the war, he first worked on his earlier canvases that had survived.  He would add impressionistic strokes - colorful confetti-like spots that almost obscure the original image. 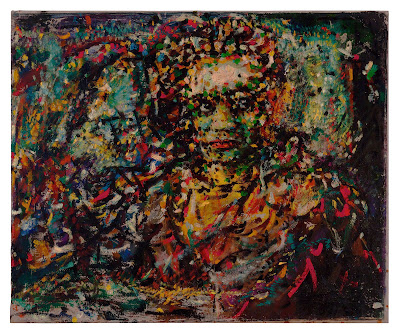 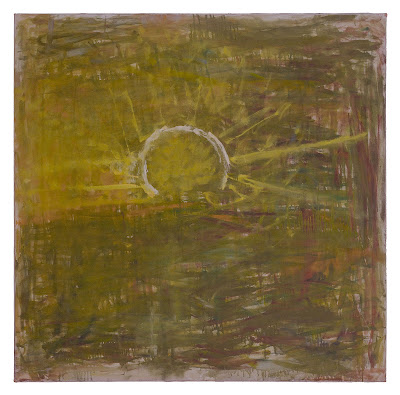 In Ascher's c. 1960 Sunset/Sonnenuntergang, bold brushstrokes mingle with painterly drips.  The drips fall in every direction indicating the artist turned the still-wet canvas around while painting, creating a highly charged landscape that burst with expression. 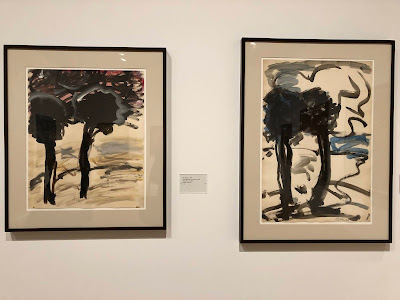 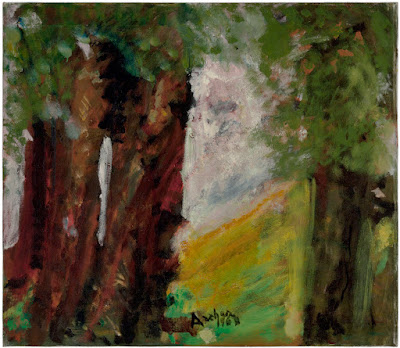 The Trees in Hilly Landscape/Bäume in Hügeliger Landschaft, 1968, Ascher's last known dated work which is the final work in the Grey Art Gallery exhibition, depicts four trees - three on left side of the canvas and one on the right.  Between them is a patch of greens and yellows delineating the rise of a small hill above which is a blue-and-white sky. As opposed to earlier woodland oils where the trees conceal any clearing, this late work's center opens up to light.  The following undated poem takes up the same motif.

Sun-Speckled Wood
Through its mystery
The light gilds –
In the glimmer, warm gleaming
Glittering.
And everything living
Was doubly singing.

Ascher died on March 26, 1970.  He was buried in a municipal cemetery in southwestern Berlin.  Martha passed away the following year on January 24 and was buried next to him.

Please do not miss this show.

Posted by ArtWithHillary at 3:33 PM